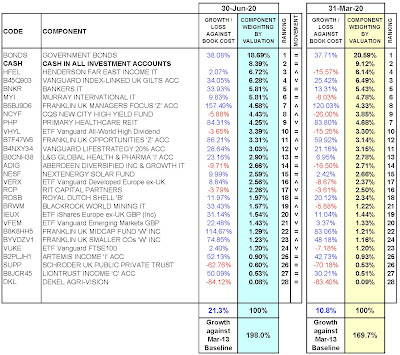 Read more »
Posted by where eagles fear to perch at 16:38 No comments:

Since we removed our old greenhouse, we've exposed a four-metre length of the old hawthorn hedge at the northern boundary.

Although it has quite healthy upper growth and is still making good shows of blossom and berries, this hedge is very old and spans the length of the boundary which we took over when we bought the slice of additional land to the west to extend our garden.

Amateurish attempts have been made in the past to 'lay' the hedge by partially cutting through some of the trunks and bending them over to the horizontal so they maintain a growing connection with the tree, but then sprout more upward branches to fill in the lower areas.

However, what with this poor quality laying and the lower part of the hedge being shaded by our old greenhouse for seven years, the base of the hawthorn hedge is very open and provides little or no low-level cover and wind protection to the garden now that the greenhouse has gone.

And hawthorn is deciduous, so it will be even worse during the winter months when there are no leaves on the upper branches.

Although winds from the north are not too common here, when they do arrive they're usually strong and very cold, so we thought we'd try to fill the lower gaps to protect the garden, and with a longer-term view of creating a full-height evergreen screen.


Read more »
Posted by where eagles fear to perch at 21:31 No comments:

Our living room sealed double-glazed unit has failed.  The sealing has been breached and allowed moist air to enter which has become trapped and resulted in mist patches and water droplets condensing on the inside faces of the glass panels.

Last year we also had a failure of a similar sealed double-glazed panel in our bedroom window.   In this case, we ordered a new glazed unit from a manufacturer around 80 miles away, and picked it up ourselves in the back of the car.  We then swapped it out with the failed panel, which we took to the local tip.  The new panel was less than £100, so a reasonably cost-effective DIY repair.

However, this same process wasn't an option this time around because the failed window in the living room is much larger, so it wouldn't fit in the car and the manufacturer we used last time won't deliver so far from their base.  Other online glaziers wanted ridiculous sums of money to manufacture a new unit to my dimensions, and anyway only a very few offered a delivery service.

We don't want to spend too much money on this window repair, because I think all the windows on the house will need replacing within the next few years anyway.  They're at least thirty and maybe even forty years old.

So I decided to repair this failed window unit myself, or at least to improve its appearance, by trying to remove the trapped water from between the panels.

Assuming we don't break the glass, then the worst that can happen is the repair doesn't work, so it's definitely worth a try.


Read more »
Posted by where eagles fear to perch at 18:17 No comments:

on a white theme ... Six on Saturday

In flower today - Six on Saturday ...


Read more »
Posted by where eagles fear to perch at 19:12 No comments:

When we built our fig tree planter, we packed out the base with layers of bricks to make an inner wall below the soil level, to confine the tree roots.  This is supposed to improve fruiting.

However, when combined with the soil mix and a fig tree that's grown considerably larger in the past three years, it also makes the planter extremely heavy !   The weight hasn't been a problem until now, because we've never tried to move it more than a few feet, and then we just skidded it around on its base.

But this week we decided to relocate this planter to the new paved area at the front corner of the garden, created when we demolished the old greenhouse.   This new spot gets much more sun throughout the course of the whole day, although it's not quite as warm as the old location which is a semi-enclosed sun trap formed by the kitchen wall, workshop extension wall and the boundary fence at the east.

So, how to move this very large planter from outside the back door and around to the new paved area, a distance of some 30 metres ?

Gardening on the other side of the world ...

A few months back, I stumbled upon the Australian equivalent of the BBC's Gardeners' World television show, i.e. ABC's Gardening Australia.

This programme has been running for over thirty years down under, and I think it's quite good.  There's typically more than 40 shows each year, all of them an hour long.

I've streamed several episodes that were broadcast over the past few years, and as well as seeing some wonderful new native and exotic plants (and pests) you can also pick up some really interesting hints and tips, and see how the approach to cultivation and pruning etc, often of the exact same plants, differs significantly from what's common practice at home.

Water conservation and re-use for irrigation is also a very big theme throughout the shows.   And there are some other very interesting differences.   The presenters bang on all the time about how great it is to have a north-facing garden, which of course is not ideal here in .

In the northern hemisphere, the sun appears to travel in a clockwise arc from east to west throughout the day.  But of course, south of the equator it appears to travel counter-clockwise, and in the northern sky.  And although I knew this already, having travelled in southern Africa and South America, it's not something I've ever really given much thought to in gardening terms - south equals sun is an ingrained concept here !

The programme features regular presenters from most of the Aussie states, from the tropics in the far north, the subtropics of coastal , in the west, the arid heartlands of the country and the temperate regions around most of the southern coastline.

But it's the stuff from the cooler regions of and that I find most fascinating.  They grow a lot of the same flowers and edibles that are garden favourites here in the , too.

Read more »
Posted by where eagles fear to perch at 12:04 No comments: 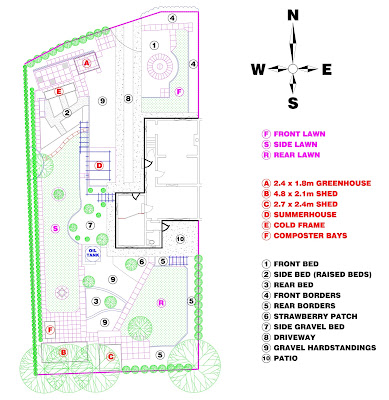