When less means more....why electricity prices will rise and rise....

Electricity prices are going up – that much you already know from your bills.  You'd think the only option is to use less of the stuff....

Well, get used to the idea - they're going to continue to go up, and the less electricity everyone uses then the higher the prices are going to be.

Some commentators blame energy price rises on the lack of new oil and gas reserves, the expense of their extraction, or political instability in the major producing regions.

However, the real reason is much simpler.  Do you really think that the shareholders of these energy companies are going to suffer simply because you use less of their product, particularly when they feel they're forced to operate in a grossly distorted market ?

In a way, of course, they have a valid point...

Electricity cannot effectively be stored in large quantities and therefore energy on demand is provided by standby and swing capacity units, namely thermal power stations - those things that burn fossil fuels to keep the lights on come what may.

Forget the wind farms, when the wind doesn't blow the standby stations have to kick into action and make up the entire shortfall between demand and supply.

The trouble is, of course, that all of the fixed costs associated with maintaining and operating a 'big block' asset must still be met even if it's producing nothing at all for periods.

There's debt to be serviced, sustaining capital to keep the asset up to scratch, spare parts for equipment, maintenance costs and plant operators sitting around doing nothing at all but making themselves available 24 hours per day for when the big block needs to kick into action.

And all this against a backdrop of increasingly stringent and costly environmental, employment and health & safety legislation with which it's necessary for them to comply.

Read more »
Posted by where eagles fear to perch at 22:49 No comments:

Installing a new window - and without Acrow Supports...


Since the time we were developing our new garden space, in which we opened up the area immediately to the west of the house that was previously occupied by the old metal shed and the polycarbonate greenhouse, we'd also been thinking about putting a new window in the home office.

This building was previously an attached garage, but was converted to living space by the last occupiers.  Now, just less than half of this former garage space is the office and the remainder is my workshop with the machine tools etc.

I had a vision of sitting at my desk and working while looking out onto our new garden and the open views beyond, over the fields of the adjacent farm.  Well, today that vision became a reality...

To start with, I'd bought a complete 1,200 x 1,200 mm (nominal) uPVC double-glazed window unit in an eBay auction for the princely sum of £67.  This came off the gable end of a relatively new-built house when the owners were constructing an extension, so it's a modern unit and contains quite efficient glazing panels.

I then spent several days in preparing layouts and calculations in determining the best way of constructing and installing a lintel over the large aperture to be created.

By measuring both the internal and external room dimensions, we established that the wall in question was around 145 mm thick in total.   I reckoned this was around 100 mm in the single-course brickwork and the rest in insulation, battens and plasterboard finishes etc.  I marked the wall externally with chalk to get a better feel for the size and final installation position. However, this initial mark-out was quickly washed away in a heavy rainstorm !


It's a slack day on the work front today, and so here's a bit of an update on the investment 'strategy'.

Following on from my post in February, it's been a decent enough ride for the shares and funds that I held onto after my selling spree at the turn of the year.

As I write, I'm still sitting on around 60% cash in both the ISA and the SIPP pots, having resisted the temptation to jump back in at valuation levels I thought to be too high.

The steady rise that marked the first half of the year wasn't one with too many opportunities for me, since the games I tend to play depend on much more market volatility.  OK, so I may have lost something to inflation by not being fully invested, but I'm more comfortable with that than simply taking hopeful punts in a rising market, and all the while I'm keeping my powder dry for any chances that come along in the future.

Read more »
Posted by where eagles fear to perch at 13:59 No comments:

Why's that pink duck only got one leg ?

Maybe it's just me, but ads seemed much more witty and sophisticated in the eighties and nineties than they are now.

I don't watch much television at all these days but whenever I do the frequency of advert breaks, and both the repetition and subject matters of the ads, can be really off-putting.

To continue the rant, most modern cinema features and television programmes are filmed and cut into endless numbers of takes of just a few seconds each - watch a modern music video and the number of screen changes and jumps between camera angles makes your head spin.

The producers and directors seem to think that their target audience has the attention span of a goldfish, and that the punters won't watch the screen for more than two seconds at a time if they're not constantly bombarded with fresh images.


Posted by where eagles fear to perch at 23:14 No comments: 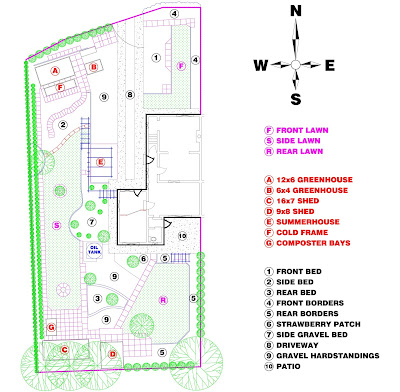